Obituary of Alfred (Fred) Morris,
the Founder of Manna Publications 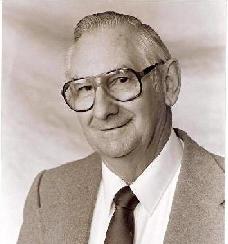 Alfred Joseph Morris, 93, of Harrisonburg, Va., passed away September 13, 2018, at Sunnyside Retirement Community. A son of the late Alfred and Dorothy Warren Morris, he was born in Sydney, Australia on October 7, 1924.

Fred was raised on the family farm outside Sydney and served in the Australian Navy during WWII. He founded Manna Publications and was a missionary journalist. Through Manna, he oversaw the publication of the Bible and commentaries to a third grade reading level which was locally translated into 54 indigenous languages in third world countries. He was a member of First Presbyterian Church in Harrisonburg and in September of 2006 became a naturalized citizen. ,

He was preceded in death by a daughter, Wendy Faulkner, who lost her life at the World Trade Center, South Tower during the September 11 attacks and a brother, Richard Morris.