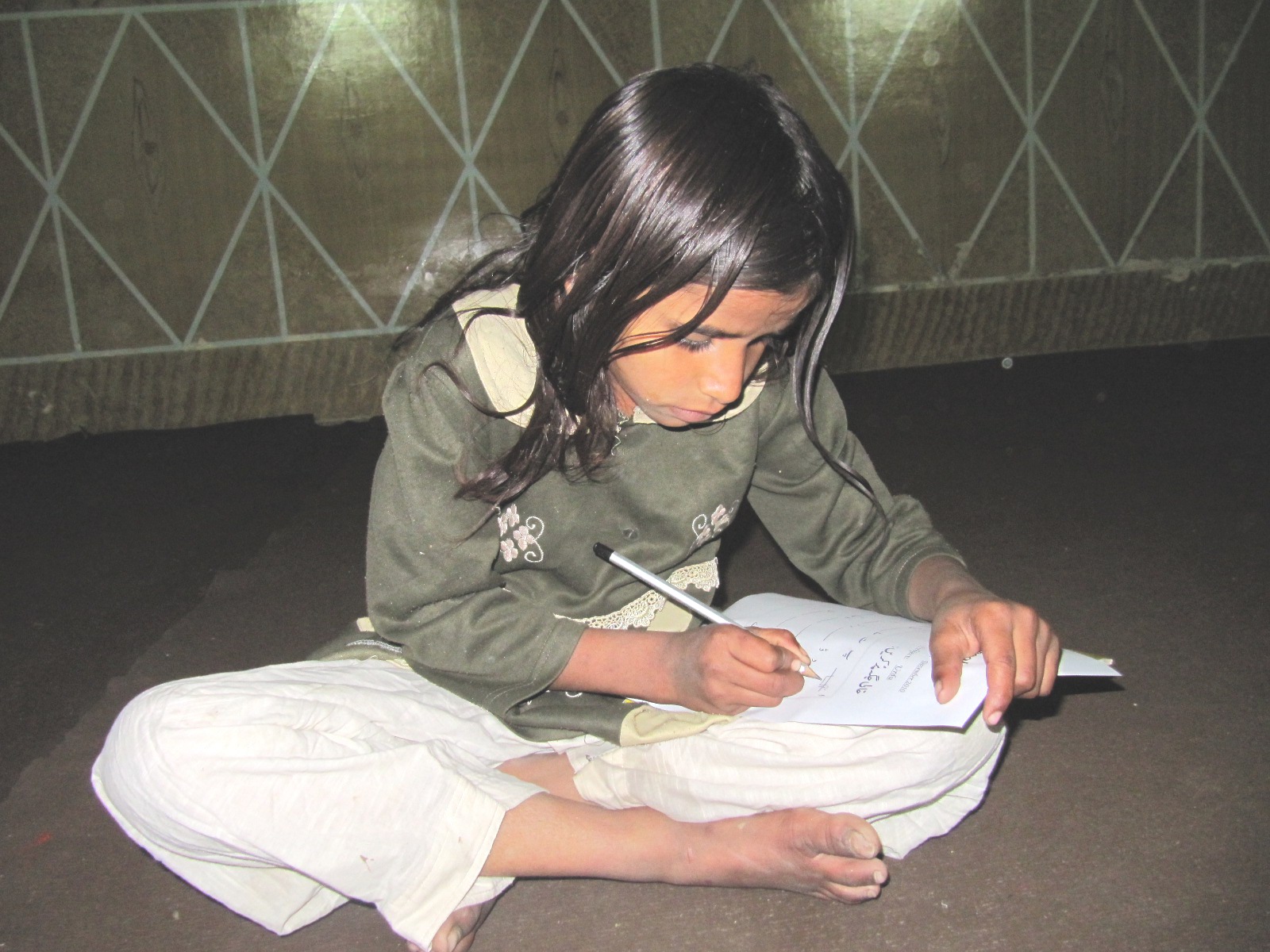 Kaiynat, the Importance of
School for Girls

Kaiynat is 8 years old. Kaiynat lives in Pakistan and attends a Primary school run by Solomon and Anita Gill.

On final examination day she was late to the examination hall. When she appeared, her hair was wet as if she had recently taken a bath. It was cold outside and, in her hurry, she forgot to put on a sweeter and socks.

Anita inquired why she was late?

She told Anita that she came late from the Brick-Kiln because she has to go there daily with her parents. "I have to go there every day," she said. "My parents make me go." There she would earn five rupees (six and a half cents),. That was making her late to the classroom.

Kaiynat wants to study, but her parents force her to work at the Brick Kiln to earn money. They say education is useless.

Like Kaiynat, there are many more children who want to go to school but their parents wonât allow them, because the parents donât understand the importance of education.


Back to the Photos index